Our team is composed of chemists with PhDs with decades of experience in the research and development field. We utilize these outstanding skills to find new and efficient solutions to challenging projects. 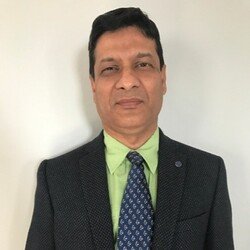 Dr Mohammad Rahim, Founder, and CEO of Rane Pharmaceutical. After his Ph.D. degree in synthetic organic chemistry from Tokyo University of Agriculture and Technology in Japan. He began his postdoctoral research training at the University of Alberta, Canada in the faculty of Pharmacy and Pharmaceutical Science. His research work focused on drug design, synthesis and biological evaluation, specializing in the field of anti-inflammatory and cardiovascular areas.

Dr. Rahim has over 25 years of professional experience and started his career in pharmaceutical research in Edmonton, Alberta as a research scientist and then later moved on to various roles including management positions. He was involved in the process of drug discovery in anticancer, antibacterial, anti-inflammatory, and cardiovascular and CNS research. His contract research experience includes team collaborations with Pfizer, AstraZeneca, AnaCor, Aicuris, and Boehringer Ingelheim. He took part in the discovery of different antibacterial and anti-inflammatory drugs. He is the co-author of many US and international journal articles and patents. 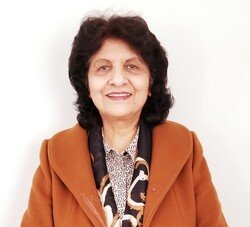 Sabiha is responsible for the research and development of medicinal projects. She oversees multiple aspects of drug synthesis including lipid and dyes synthesis and copolymer chemistry. She has extensive experience as an organic synthetic chemist with 17 publications and patents in international journals related to synthetic and medicinal organic chemistry.

Before joining Rane Pharmaceutical in 2017, she had a distinguished career as a Principal Scientist at Naeja Pharmaceutical between 2001 and 2016. At Naeja pharmaceuticals, besides in-house projects, she also worked on collaborated projects for major pharmaceutical companies, including Pfizer, Astra Zeneca, Lundbeck, and Boehringer Ingelheim (BI). Her work was a major contributor to the development of novel heterocyclic compounds for anti-cancer, antimicrobials, anti-inflammatory, cardiovascular, and CNS treatments. In 2012, Naeja Pharmaceutical presented her with the Ronald G. Micetich award to recognize her outstanding performance and her dedication to research.

Sabiha obtained her M.Sc. and Ph.D. degrees in synthetic organic chemistry from the University of Manchester, UK. Her academic research focused on fluorinated compounds used in medicinal chemistry. She was awarded a research student award from the British Consortium in recognition of her research work and her academic excellence. She worked as a post-doctoral fellow at the University of Toronto, mainly focused on researching organo-sulfur compounds. 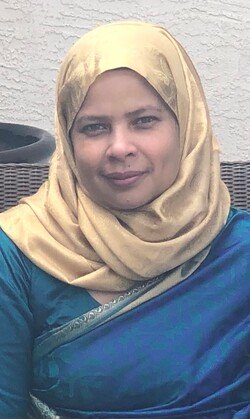 Dilara obtained her M.Sc in chemistry from the National University of Bangladesh. She started her career as an analytical chemist and transitioned to Operations Manager at Rane Pharmaceuticals.